Posted on December 22, 2015 by scottcarberry

The Baltimore Sun of December 21st, contained an excellent Op-Ed piece written by Harvard University’s, John Stauffer. In it, he dispenses two amazing facts.  The first being that Frederick Douglass sat to have his picture taken no fewer than 160 times and that, in fact, he was the most photographed American in the 19th Century.

I have included the link to the piece but I wanted to highlight one paragraph in particular because it plucked a string within me that I feel I don’t illuminate well enough when I find myself ruminating upon the weight and far-reach of racism in our country. In this paragraph, Stauffer notes that even though photography was becoming an incredibly popular and powerful medium, slave states were less accepting of it.

“Defensive about slavery, white Southerners seemed to tacitly agree that there was much about their society best left un-illustrated.  Photographic portraits bore witness to blacks’ essential humanity, countering the racist caricatures evident in lithographs and engravings based on drawings.”

It causes me to wonder, if Southerners of that time were indeed, “defensive” about slavery, wouldn’t that be ample evidence, coming from their own consciences, that slavery was cruel, inhumane and frankly a seriously flawed business model.

Here are two of my favorite portraits of Frederick Douglass: 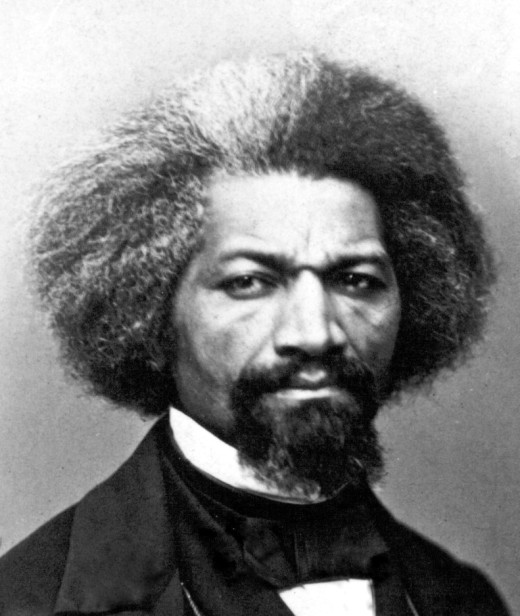 I like these two the most because he is looking almost directly at the camera as opposed to the semi-profile angle that was so prevalent in portraiture of the time. I believe these photos are from the 1860’s.

It would be awesome, if by some trickery of the time-space continuum, that Baltimore’s Devin Allen could photograph Frederick Douglass. Mr. Allen’s almost-exclusive use of black&white photography in our instagramfiltered world would yield something magical; not to say that the 160 photographs of this most powerful man of ideas, morals and letters, done by different photographers over 100 years ago, aren’t.

Devin Allen has been thrust into the international spotlight because TIME Magazine used one of his photos for the cover of their issue that covered the unrest in the City of Baltimore. He has used this new-found “celebrity” to further document the struggles and triumphs of Baltimore’s African-American community, not only through his own photography  but through  his work with Baltimore’s youth, getting cameras into their hands and teaching them how to find their art and give voice to their experience.